BOUNTY & OPPORTUNITY- Local Food in the Willamette Valley
by Carla A. Wise

The Willamette Valley is home to a vibrant local food movement the goal of which is to build an economically and environmentally sustainable local food system. This is a giant ambition, because even here, in the agricultural heart of Oregon, an estimated 98% of the food we eat comes from the industrial food system. At a time when multiple threats to the industrial food system demonstrate that it is not sustainable--economically, socially, or environmentally--we face a big challenge.

Can we develop a local food system that can provide for our food needs in a more benign, healthy, and secure way? The answer may be yes. Because of a lucky combination of factors, the Willamette Valley possesses many of the pieces needed to build a local food economy. If we succeed, we can provide a model to other communities and regions. If we fail, there is little hope for less agriculturally and economically blessed regions.

What We Have Going For Us

The Willamette Valley is an ideal place to begin building a local food system. We have rich soils, a gentle climate, and many talented, committed people working in farming, food processing, distribution, marketing, and the restaurant business. We still have many farms that produce a lot of different foods, because farms here have not been consolidated to the extent they have in many other farming regions of the United States. An analysis of USDA data done by the agricultural economist Ken Meter found average farm size in Linn, Benton and Lincoln counties is 151 acres. Willamette Valley farmers bring over 170 crops to market; a wide variety of local fruits, vegetables, nuts, meat, poultry, eggs, dairy products, and even mushrooms are available year round. We have thriving farmer’s markets, food and faith partnerships, food banks, natural foods stores, and non-profits, all working to develop a viable local food system. The foods that are grown, raised, gathered or caught nearby are so varied that it is possible, at least in theory, to eat diverse and balanced meals all times of year from local foods.

However, most of us get only a tiny portion of our food from local sources. The two greatest barriers to a strong local food economy are cost and loss of infrastructure. Industrial food is cheap, built on federal commodity subsidies, quantity, and high yields instead of quality, safety, and sustainability. It is cheaper to buy industrial food at supermarkets and fast food restaurants than local food wherever you can buy it. In addition, many of the facilities and skills we need to keep food here after harvest have been lost. Infrastructure and know-how for storage, processing, and transportation are gone from the local landscape. Threshers, grain elevators, mills, butchers and canneries all closed down as industrial agriculture took over. Today, as nearby farmers and local food advocates begin reweaving local food systems, storage, processing, transportation and retailing systems that keep the food at home must be recreated as well.

The Multiplying Benefits of Local Eating

Why are people working so hard to rebuild local food self-reliance? In these times of economic crises, environmental stress, and climate change, relocalizing your diet can contribute to many positive changes. When you shift your diet toward local foods, you are protecting nearby farms, promoting sustainable agriculture, reducing carbon emissions, supporting your local economy, discovering where your food comes from, eating food that tastes better and is more nutritious, and improving the safety and security of your food. By improving our health, our environment, and our security, we are strengthening our life-support systems.

Buying local food at fair prices puts your food dollars directly into the pockets of nearby farmers. This allows farmers to support themselves, pay their workers, and use sustainable farming practices. It protects nearby farmland by making it profitable to farm. If you buy organic food, it promotes organic practices. Buying local food also strengthens the nearby economy, allowing businesses that source food locally to thrive.

This support is vital to combat some distressing trends: farmers in the United States are not, overall, doing well, and farmland is being lost and degraded. According to Jason Clay, a leading expert on agriculture and the environment, in 1900 American farmers received 70 cents out of every dollar spent on food. By 1990, the portion farmers got had fallen to 3 to 4 cents of each dollar spent on food. As farmers make less for what they produce, they are forced to get big or get out. As a result, farmers now make up less than 1% of the U.S. population, and there are fewer farms of greater average size than ever before. According to Clay, larger farms are less productive per acre, less efficient to operate, and cannot afford to use environmentally sensitive cropping patterns or management practices compared to small farms. They tend to farm single crops over vast areas. As farm size increases, local communities suffer. Poverty and crime go up, absentee ownership increases, and the number of local businesses decreases.

All of these negative impacts of industrial farming are reversed when local farming and food systems are built. Buying food from local sources at fair prices allows farmers who farm sensitively at a human scale to afford to do so, which is good for everyone. We rely on farmers--few of us could feed ourselves without them--so we should support farmers in our communities who produce good healthy food while caring for their land.

Agriculture has a greater environmental impact than any other human activity on earth. In his 2004 book, World Agriculture and the Environment, Jason Clay puts the global footprint of agriculture in perspective: approximately 50% of the habitable land on earth is in some form of agricultural production. Water pollution, soil erosion, habitat loss, deforestation, species extinction, and every other major environmental problem humans have created on earth is, to a major extent, an agricultural problem.

Climate change, usually thought of as a crisis created by cars and power plants is also, to a suprising extent, an industrial agriculture problem. Agriculture contributes greenhouse gas emissions through deforestation, industrial livestock farming, fertilizer and pesticide manufacture, diesel fuel use on farms, global food transport, processing, storage, packaging, and food preparation. According to Michael Pollan, an articulate critic of the industrial food chain, producing industrial food requires 10 calories of fossil-fuel energy to produce a single calorie of modern supermarket food. Pollan says “...when we eat from the industrial-food system, we are eating oil and spewing greenhouse gases.”

All of the environmental problems created by industrial agriculture can be lessened or reversed by relocalizing our food systems. Although this sounds like a bold statement, the farms that produce food for our local food economy illustrate its veracity. Farms of the scale and diversity necessary to feed nearby communities commonly use lower input or organic practices. This lessens fossil fuel use, pollution problems, and greenhouse gas emissions. Crop rotations, as well as farming practices that conserve soil and reduce runoff, are common, and biodiversity is high. Livestock for local markets is usually pasture raised, which alleviates a host of environmental and health issues associated with factory meat farms, and is extraordinarily more humane. Local food is easier on the planet because it is less processed, less packaged, and usually sold fresh.

Overall, local food is less harmful to the earth’s climate than industrial food. However, the relationship between distance food travels and its impacts on the climate are complicated. Many aspects of our food system affect greenhouse gas emissions, including production methods, scale, processing, mode of transport, and storage. Certain aspects of the industrial food chain, such as Confined Animal Feeding Operations (CAFOs) and air shipping of food, are especially costly in terms of greenhouse gas emissions. Still, in general, choosing locally sourced food lowers greenhouse gas emissions compared to industrial food. According to a 2001 study done by the Leopold Center for Sustainable Agriculture, if Iowans bought just 10% more of their food from within the state, they could save 7.9 million pounds of carbon dioxide emissions annually.

Food eaten closer to home is fresher, less processed, and more nutritious. On a recent farmers’ market Saturday in Corvallis, I thought about food for the coming week. I’m a cook of average skill, but it was hard not to make great meals from what I brought home. I bought leeks, German butterball potatoes, shitake mushrooms, red leaf lettuce, sun-gold tomatoes, liberty apples, yellow raspberries, spinach, fresh eggs, and a whole free-range chicken. These foods were more nutritious than what I could have bought from industrial sources, because industrial food is often picked unripe, so never develops its full nutritional value, then begins losing nutrients as soon as it is picked.

Local eating encourages other food habits that are known to make us healthier. Consider again the words of Michael Pollan, who explains that people who eat a typical American diet suffer much higher rates of cancer, heart disease, diabetes, and obesity than people eating more traditional diets rich in fruits, vegetables, and whole grains. If you wonder how this can be, consider this: the average U.S. citizen eats three burgers and four orders of fries a week. Nearly 25% of all calories consumed are from sweets, soft drinks, and alcohol. Local eating is the most obvious and positive personal response to this crisis in American diet. If you currently eat like a typical American, it is nearly impossible to shift your food habits toward local sources and not improve the healthfulness of your diet.

Few of us know how to feed ourselves anymore, but knowing those who grow our food is the next best thing. When your food is traceable, it increases food security immeasurably. Food scares from E. coli are an industrial food system problem. Industrial food is largely untraceable, consolidated, and dependent on only a few crops. This makes it vulnerable to sabotage, contamination, and crop failures in a way local food is not. Seventy-five percent of the world’s food comes from just seven crops-wheat, rice, corn, potatoes, barley, cassava, and sorghum. Contrast this genetic moonscape with what you can find in local food markets and it is clear which is a safer bet. Participating in a local food economy also increases your connections with people in your community, and puts you in touch with seasonal food cycles. Apples are again a fall treat, strawberries a summer specialty. Eating becomes more fun.

How to Participate in Building a Local Food System

There are many simple actions that you can take to reinvigorate the local food economy. Some of the first things to try are shopping at your local farmers’ markets, supporting restaurants and food stores that source locally, building a few weekly meals around seasonably available foods, and planting a garden. If you are ready to get more serious, you can also join a CSA (Community Supported Agriculture), which will provide weekly boxes of local produce, buy meat or eggs directly from a grower, or become involved with a local foods group. Requesting locally grown foods at your favorite food stores and restaurants can also have a big impact.

For Places You Can Source Local Foods, See NCD Categories

And see Farmers' Markets for info on one near you. 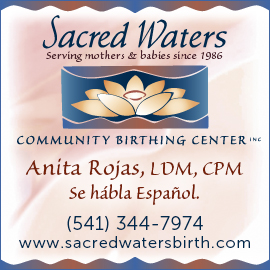 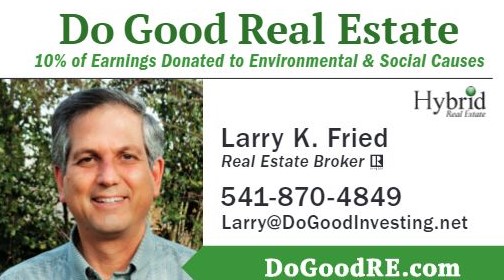